The 7 Best Safari Places in Uganda 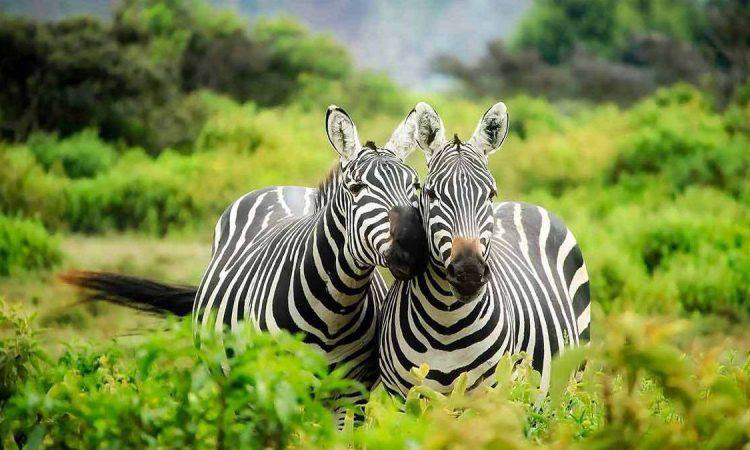 The 7 Best Safari Places in Uganda

1) Bwindi Forest National Park
The 25,000+ year-old rainforest, located on the edge of the Rift Valley in southwestern Uganda, is home to over 400 recognized species of vegetation. On the other hand, the majority of visitors come to witness half of the world’s population of endangered Silverback Mountain Gorillas. There are said to be 400 gorillas roaming the jungle. If you thought the gorillas were amazing, wait until you see the other 120 creatures that live in Bwindi Forest National Park: baboons, chimps, elephants, and antelopes.

2) Sipi Falls
Sipi Falls, located in Eastern Uganda near Kenya’s border, is a romantic site with three separate waterfalls and is named after the red “sep” flower that blooms along the river’s edge. Sipi Falls, located on the outskirts of Mount Elgon National Park, is a popular stopping point for hikers en route to the summit. The three falls are 328 feet, 278 feet, and 246 feet tall, respectively.

3) Murchison Falls National Park
Murchison Falls National Park is located near the northern end of the Albertine Rift Valley and is bisected by the Victoria Nile. This is also Uganda’s oldest conservation area, dating back to 1926, and is home to 76 different kinds of mammals, including giraffes, buffaloes, Nile crocodiles, and 451 other birds. The water cascade reaches a height of 148 feet before flowing silently across the rift valley floor into Lake Albert.

4) Kibale Forest National Park
Kibale National Park has the highest diversity of primates in Africa. The chimpanzee, our closest living relative, is well represented in Kibale Forest National Park. The 1450 chimps at Kibale represent Uganda’s largest population of this endangered mammal. There are also uncommon I’Hoest’s monkeys, endangered red colobus monkeys, bushbabies, and Potto. Buffalo, leopard, bush pig elephant, and duiker are just a few of the elusive species you might encounter. Birdwatcher? There are 325 bird species in the park, ranging from the dusky crimsoning to the blue-headed sunbird. This park will be one of your stops on a 10-day Uganda safari.

5) Mgahinga National Park
Mgahinga National Park is part of the broader Virunga Conservation Area, which spans three nations and is home to the endangered Silverback mountain gorillas. To get to the gorillas, you must travel across the park’s nine extinct and active volcanoes. You can also monitor golden monkeys at Mgahinga National Park, which are distinguished by their vivid orange-gold body, cheeks, and tail, which contrast with their black limbs.

6) Lake Mburo National Park
Lake Mburo National Park is Uganda’s smallest national park, with old Precambrian metamorphic rocks dating back over 500 million years. Lake Mburo is part of a wetland system that includes 13 other lakes connected by a swamp. There are approximately 350 different species of birds to see on a safari here and large wildlife such as zebra, impala, eland, buffalo, Defassa waterbuck, leopard, hippo, hyena Topi, and reedbuck.

7) Queen Elizabeth National Park
There are only two locations in the world where you can find lions climbing trees in the world. One can be found in Uganda’s Queen Elizabeth National Park, and the only other area in the world where tree climbing lions can be seen is in Tanzania’s Lake Manyara. Hippos, buffaloes, elephants, zebras, and the Uganda-kob can all be seen. The Rwenzori Mountains form the backdrop to the park. The Kazinga Channel between Lake Edward and Lake George and at least ten crater lakes provide additional beautiful opportunities. The park’s open savannah is the most accessible region, but substantial wooded areas are also available to the public. The forested Kyambura Gorge and the vast Maramagambo forest in the southeast are examples.