6 Things to do in Uganda for an Unforgettable Vacation 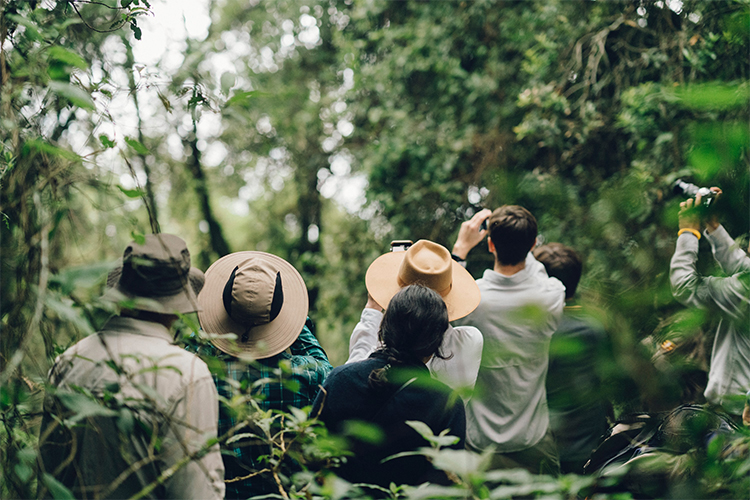 6 Things to do in Uganda for an Unforgettable Vacation

There are so many amazing attractions and things to do in Uganda that the entire country is worthy of being named a wonder of the world.

Famously described as the ‘pearl of Africa’ by Britain’s wartime and widely-traveled prime minister Winston Churchill, head to Uganda and you can experience everything from once-in-a-lifetime gorilla trekking excursions to mesmerizing days on the beach. Not bad for a country which doesn’t even have a coastline!

If that’s got you thinking, take a look at just some of the huge number of things to do in Uganda right here.

There’s a reason gorilla trekking appears in top spot in most guides to the things to do in Uganda. For one thing, the country is one of just three countries worldwide where mountain gorillas can be seen in their natural environment of thickly forested slopes.

Another is the sheer wonder of being able to get so close to these gentle giants, whose temperaments and characters are so different to those depicted in Hollywood blockbusters.

Although protective of their families, silverbacks rarely threaten, having learned that tour groups that have trekked through the jungle to see them are happy being spectators to what has to be one of nature’s finest spectacles.

2. Head Out on Safari

Gorilla treks aren’t the only things to do in Uganda directed towards the country’s extraordinary list of species. Not far from the mountain gorillas of Bwindi Impenetrable Forest lie three national parks protecting important savannah grasslands.

Together, Queen Elizabeth, Murchison Falls and Kidepo national parks are a bastion for the continent’s most-loved animals. There’s the chance to see elephant, lion, leopard and buffalo – all part of the Big 5 – alongside giraffe, hippo and African wild dog (painted wolves).

No tours in Uganda are complete without a couple of nights in these magical landscapes joining game drives by day and listening to the roar of big cats by night.

3. Tackle the Nile’s Whitewater Head On

Beyond its wildlife, Murchison Falls National Park is the location of one of Africa’s most dramatic waterfalls. It may not have the size of Victoria Falls further south, but Murchison Falls is still a sight you won’t want to miss.

Also now known as Kabalega Falls, they result from the newly-born River Nile being forced through a gorge whose rocks are just seven meters wide. From the waters both above and below they are an undoubted wonder.

But for things to do in Uganda sure to set your heart racing, look no further than whitewater rafting on the Nile rapids near to the source of the Nile at Jinja.

Found in Uganda’s far west on the border with the Democratic Republic of Congo, the Rwenzori Mountains provide an impressive contrast to the plains of nearby Queen Elizabeth National Park. Here fauna gives way to flora, with the mountains home to tropical rainforest, alpine meadows and even permanent glaciers way beyond the tree line.

Rising to a height of more than 5,000 meters, the Rwenzori range also hosts the third highest peak anywhere in Africa. Mount Stanley’s Margherita Peak, named after Queen Consort to King Umberto I of Italy, rises to 5,109 m. A formidable challenge for walkers and hikers, reaching the summit and returning to a base at Kasane is a truly epic eight or nine day hike, although much shorter and less strenuous walks within the mountains are also possible.

5. Paddle the Waters of Lake Bunyoni

It may seem odd to suggest heading to Lake Bunyoni as one of our top things to do in Uganda, rather than the much more grandiose Lake Victoria, however we have our reasons.

For one thing, the immerse size of Lake Victoria can actually make it difficult to know where to head, whereas Lake Bunyoni is a much more reasonable size. For another, the lake is an easy drive from Bwindi Impenetrable Forest. This makes it a great place to relax and contemplate the world after trekking to see mountain gorillas.

What’s more, there are plenty of ways to get out on the water and discover why the lake’s name translates as the ‘place of little birds’. Board a traditional fishing boat, take to the waters by kayak, or stick to dry land. Either way, you’ll be glad you included Lake Bunyoni on your Uganda itinerary.

6. Explore the Culture of the Baganda

The people of modern-day Uganda are well known for their hospitality to travelers, as our travel information about Uganda testifies. But this wasn’t always the case. Forming the largest traditional kingdom in east Africa, the Baganda people once had a fearsome reputation.

Neighboring tribes would scatter on hearing Baganda war canoes on Lake Victoria, knowing of the kingdom’s practice of mass human sacrifice. Some 800 prisoners were said to have been ritually killed each year.

Now a constitutional and largely ceremonial monarchy, the kingdom is currently ruled by Muwenda Mutebi II, the 36th ‘kabaka’ of the Baganda. While his palace is well worth a glimpse – including its underground torture chambers – the Kasubi Royal Tombs are the real prize. A UNESCO World Heritage Site, they are the burial place for four kabaka and several other members of the ruling family.

Unforgettable Things to Do in Uganda: Best of the Rest

The list of six things to do in Uganda we’ve created represents the very best that Uganda has to offer. Covering wildlife, natural landscapes, and the region’s culture, these are attractions that you miss at your peril.

However, with time on your side, there are a great many other things to do in Uganda we’d love to mention but just don’t have the space for. They include Ziwa Rhino Sanctuary, probably one of the best ways to stand only a few meters away from some of the rarest creatures on Earth. Instead, you might like to stand on the equator line, one of few chances in the world to have a presence in both northern and southern hemispheres at the same time!